MEET THE HONOREES | The Met Philadelphia 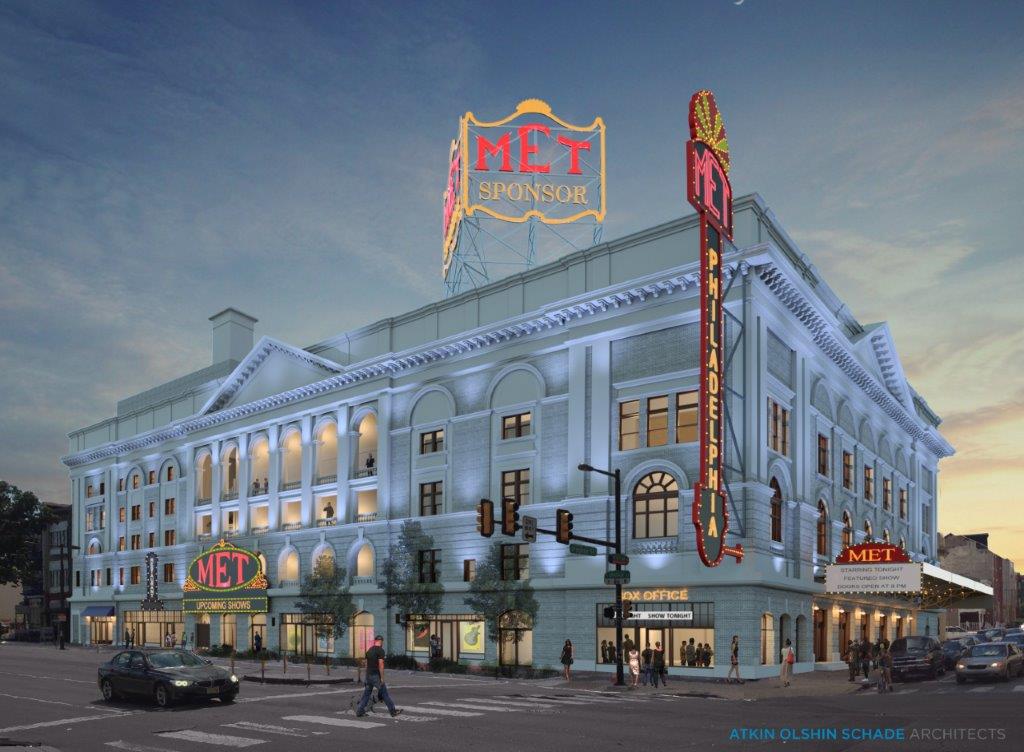 Built in 1908 by Oscar Hammerstein I (grandfather of famed lyricist), the Philadelphia Metropolitan Opera House was celebrated as the largest and grandest of its time. Sadly, during the decline of the industrial revolution, The Met suffered from the economic effects of the Great Depression as people sought to find inexpensive or free entertainment options. When plaster began falling from the ceiling, the building was declared imminently dangerous. It closed to the public in the 1950s until Revered Mark Hatcher figuratively stepped in front of the wrecking ball to stop the city’s initiative to demolish the decaying building.
With a partnership between Reverend Hatcher and visionary developer Eric Blumenfeld the stage was set for a new chapter for the mighty opera house’s history, with a massive renovation restoring the building to its former glory and bringing new life to North Philadelphia.

The National Land mark was restored over a period of 2018 and 2019 with over $9 million in Historic Tax Credits from Enhanced Capital, as well as other community impact driven financing from Philadelphia Industrial Development Corporation, Fulton Bank and Procida Funding and Advisors. The Met was recently restored as a concert venue managed and operated by Live Nation, the world’s largest music and concert promoter.

The new 136,000-square-foot venue can accommodate a variety of live performances, including but not limited to rock, jazz, R&B, country, opera, comedy, Hip Hop, dance and boxing. The Met now offers new amenities, including an outdoor space, lounge area and bar, while showcasing chandeliers, historic period designed marquee signs, restored and replaced decorative plasterwork and terrazzo flooring that are reflective of the original structure circa 1936. The Met is also reactivated for weekly church services every Sunday, paying tribute to its past.
Prior to its opening, The Met hosted a series of job fairs, attracting more than 850 applicants from the region focused on local job growth and neighborhood support. The venue will circulate approximately 1,000,000 people through its doors sparking future development for the surrounding area and acting as a Community Impact Development model goal for future projects to study.