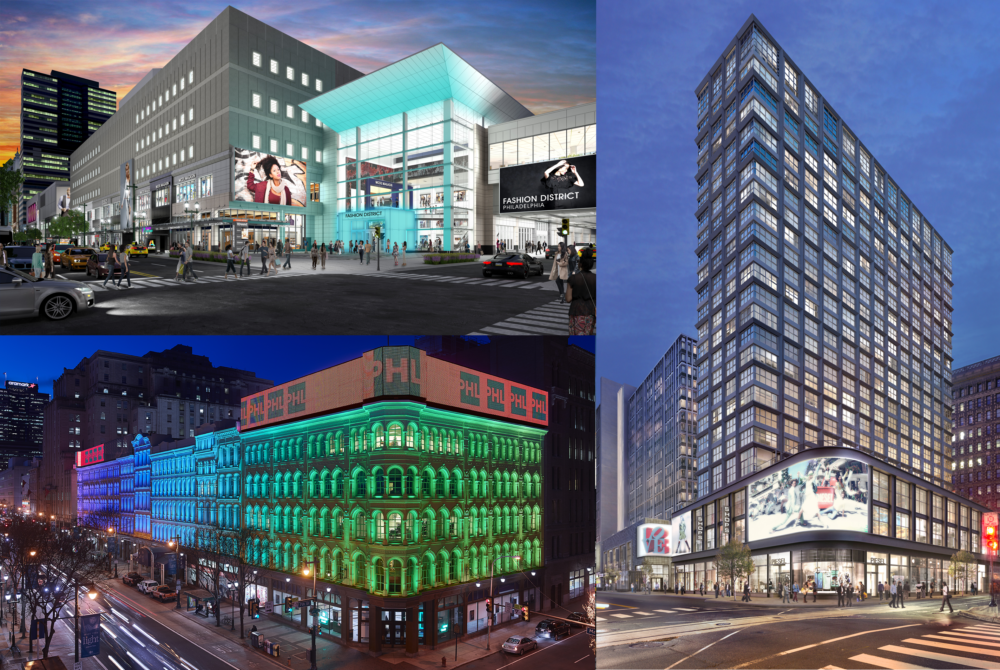 2018 COLLABORATION OF THE YEAR

Collaboration is the core of the ACE industry and at the heart of its most influential projects. When design and construction disciplines work together as teammates and partners, the results shape cities. This year, ACE honors Center City Philadelphia’s Market Street Revitalization. Through three separate but interconnected projects and the involvement of numerous design and construction firms, the revitalization will reshape an entire segment of the city. The effort involves three significant efforts.

Project Leads: Two of the nation’s premier retail shopping center experts are managing the development, construction and operation of Fashion District Philadelphia — PREIT and Macerich. Headquartered in Philadelphia, PREIT is the largest enclosed mall operator in the city and has spent nearly $1 billion redeveloping various properties throughout the region. Macerich, an S&P 500 company, is one of the country’s leading owners, operators and developers of major retail real estate (NYSE:MAC) and has extensive experience developing and leasing vertical, multi-use projects in dense, metropolitan environments.

ROOST, a Philadelphia based extended stay hotel concept, will occupy and manage the first 60 units.

Future Phases include the renovation of the historic Stephen Girard Building and development of the Chestnut Street side of the site which will include a retail podium below two mixed use towers as well as additional parking.

The project creates the lighting for the intricate façade detailing on the three major street elevations of the historic five-story Lit Brothers Building.

Stimulated by the Market Street East Signage District legislation, the façade lighting seeks to enliven the building and aide in the revitalization of this part of the Philadelphia. Utilizing the sills of 504 windows, the lighting is designed to highlight every window opening. The creamy white base lighting scheme elegantly ties the whole historic fabric of the façade together as a grid of arched alcoves, while at the same time making each capital, architrave, and dentil part of a wonderful texture of luminance.
While the default lighting may be stately, there are plenty of holidays, promotions, and current events that will be celebrated. The LED’s and computer controls enable the whole façade to be animated with patterns and colors, including pre-made programs for each of Philadelphia’s home town teams. Sensitive to the historic context, the wiring and lighting devices are hidden in plain sight.