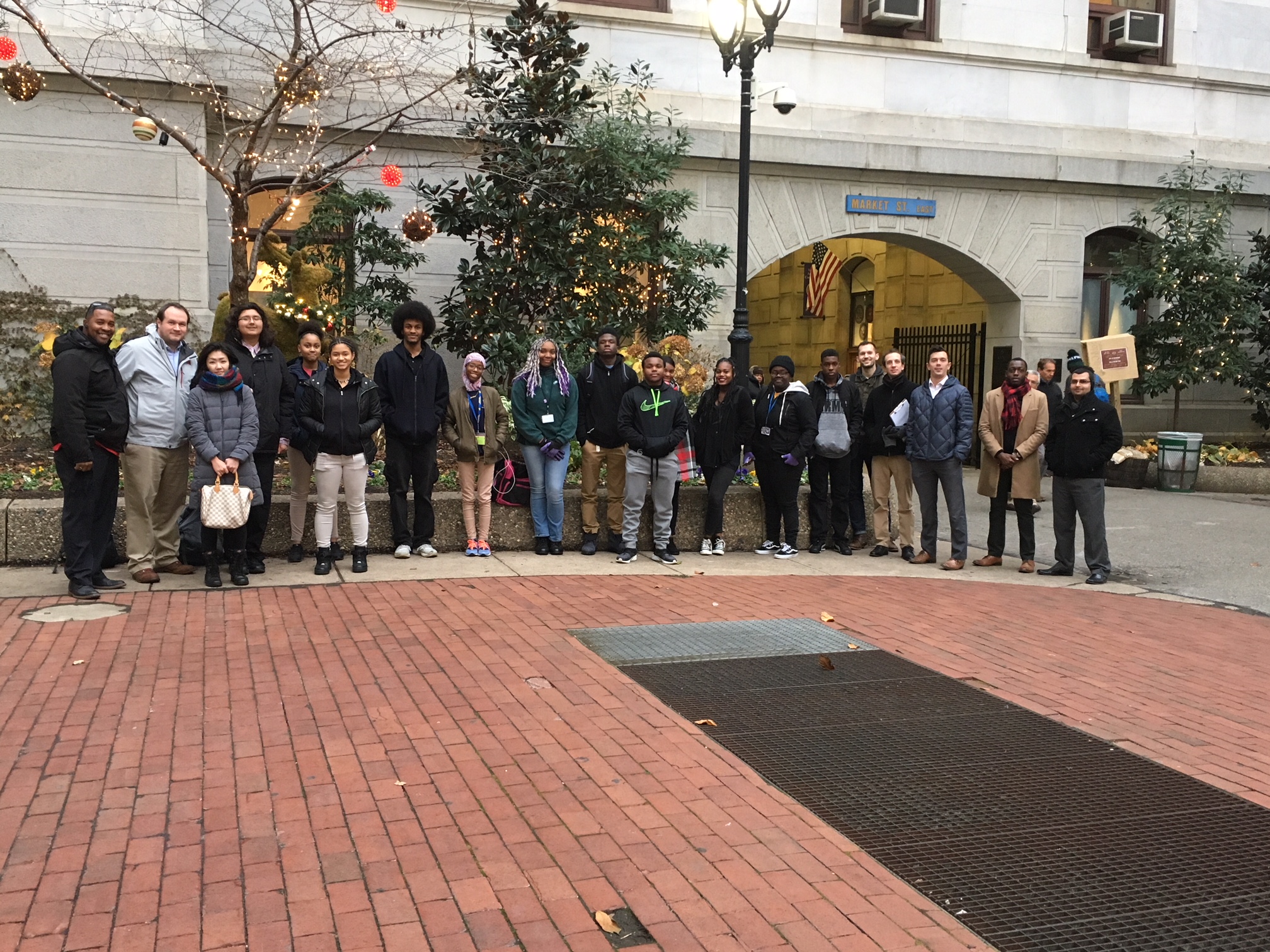 In one of their first sessions, students built 3D shapes out of marshmallows & toothpicks as well as paper towers which were required to support weight.  In the session, students were asked to construct a tower made of paper which would be strong enough to hold books.  The towers were tested by adding one book at a time until the structure collapsed.  The winning structure was able to support 8 books!

Students have also been challenged to construct a five-story tower resilient enough to withstand a simulated earthquake.  Using gummy bears and toothpicks as building materials, students worked together to construct their design.  The completed structures were placed in roasting pans and gently shaken in order to simulate an earthquake.  After multiple attempts to cause a collapse, one structure proved stable enough to survive the shake-up!  While describing the activity, both Steve and Eric both commented, “It’s interesting to see how some kids are intuitive and others operate through trial and error.”

In addition to these engaging, hands-on activities, which take place at Langan, the team recently ventured out on a tour of City Hall.

On December 12th, eight mentors and twelve students took a tour of City Hall.  The engaging tour focused on the history of the building, its architecture and construction, inner court, and meeting rooms.  The students and mentors were even able to explore the tower which is directly underneath William Penn’s feet! “The view is incredible from the tower!” mentioned Steve, “The building is so high – you don’t realize how tall it is until you are standing up there.”

After the tour ended, Eric explained, “Students and mentors alike had smiles on their faces.  Everyone was impressed and taken aback by what they saw.”

Other mentors on Team #3 include Eric Yanovich and Jen Park from NORR (both facilitated the Structural Engineering session), Mahmoud Alafif and Michael Biamah of Langan Engineering (co-presenters of the civil engineering session), and David Schultz, Matt Fromboluti, & Brendan Kemmerer of DAS Architects, Inc.