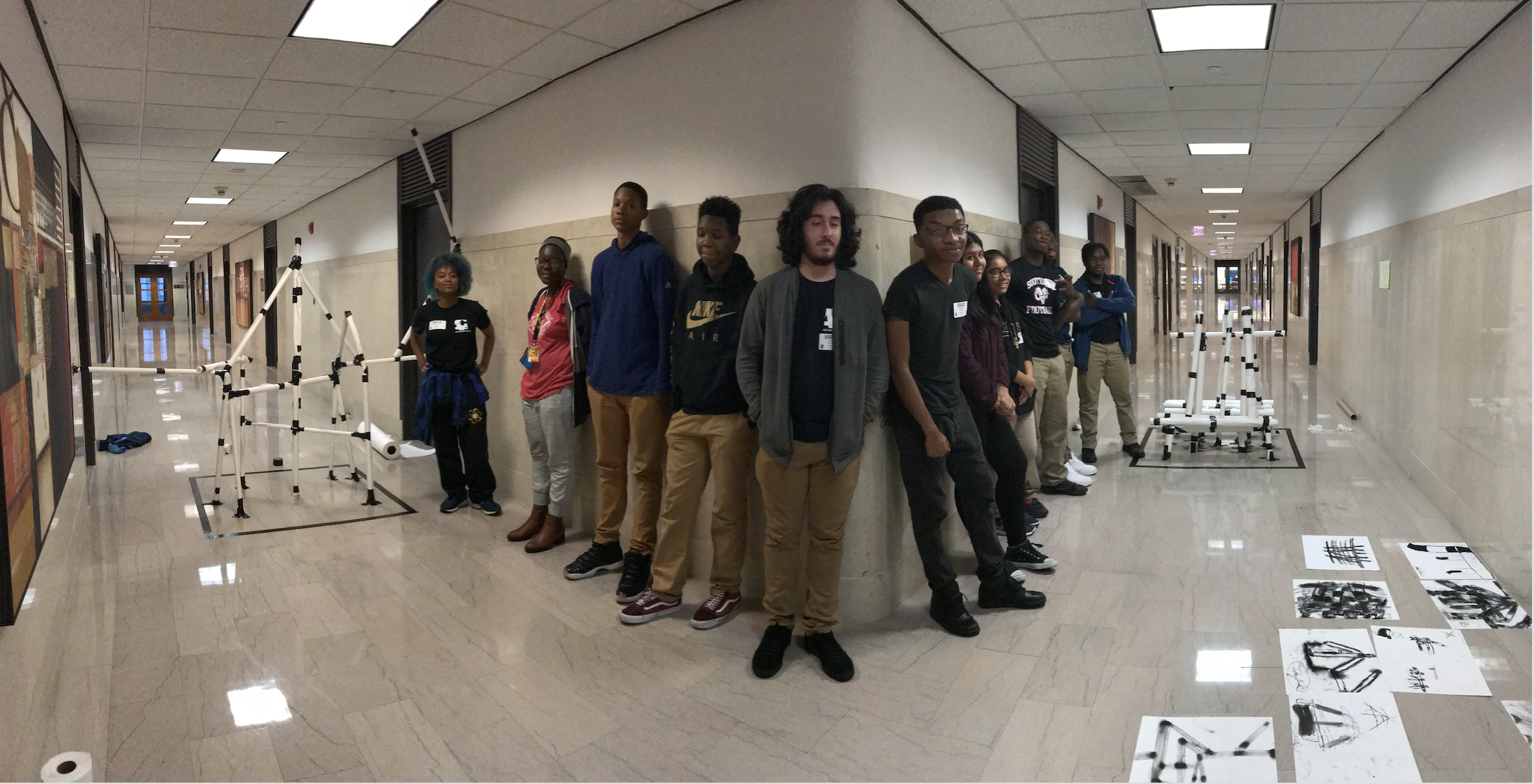 The ACE Mentor Program of Eastern PA is off to a great start! Team 13, led by Michelle Sloan and Jessica Mangin (both of KSS Architects) began meeting in November and jumped right into an activity in their first session.  The mentors (who also included Beth Emig, Caitlin Feroce, and Illa Labroo all also from KSS Architects) were excited to have the students participate in an activity which would act as an ice breaker and set the tone for the upcoming year.

For their first project based learning activity, Team 13’s students were provided with paper, scissors, tape, and a taped-off square on the floor.  They were then told to build any structure they wanted as long as any piece touching the floor remained within the square and the paper being used to build the structure was rolled.

Students were separated into two teams and positioned so that they were unable to observe what the other was building.  About halfway through the build, one representative from each team was permitted to take a one minute peak at the other team’s structure then verbally translate information back to their own team. As the hands-on activity progressed, students began to get more creative and expanded their structures, taped them to the walls, and enthusiastically discussed new strategies with their teammates!

Once time was called, each team was able to take a look at the other’s structure.  The groups then gathered together to discuss and reflect on their successes, struggles, and which part of the activity they found to be challenging.  Students commented that tighter paper rolls made for a sturdier structure and teamwork & communication were key to combining ideas.

For the remainder of the session, students were given a couple of pieces of paper and some charcoal pencils. They were tasked with drawing the other team’s structure and were instructed to either focus on one piece of the structure or to draw a part they found interesting.  Many of the students hadn’t used charcoal before, and this activity enabled them to experiment with it while discovering different and new techniques such as shading.

As a wrap-up to the class, the drawings were laid out and each student was asked to say one thing that worked well about someone else’s drawing.  This drawing activity transitioned beautifully to the next session where the drawings were used as a springboard for a lesson on scale and programming.

Lesson plans for this and other activities can be found in the ACE Mentor Dropbox!