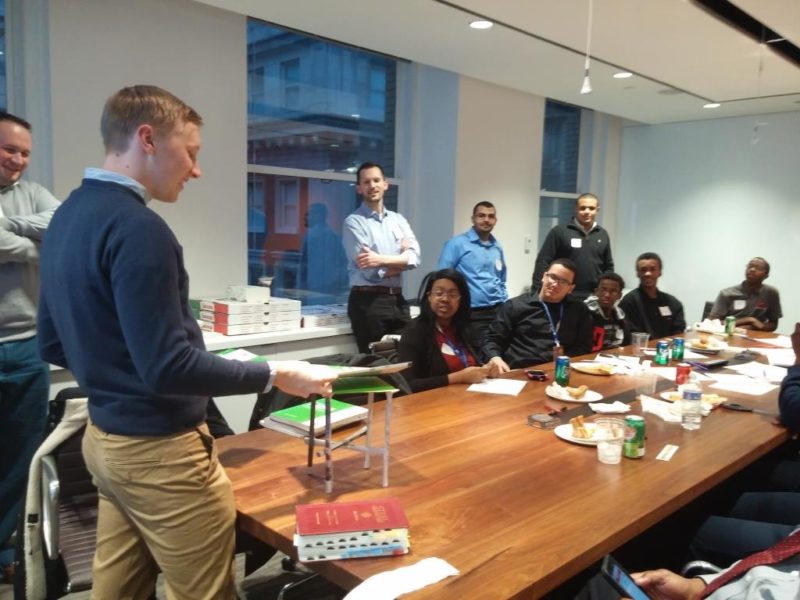 Once the platforms were load tested, we began to explain the finer points of structural engineering to the students, and gave them tips and ideas for how to make a more stable platform and what would hold more load. In our presentation, we introduced them to all the loads a structural engineer has to design for, from the dead load of the structure to the wind and seismic loads that the building encounters horizontally.

After our presentation and further introduction to structural engineering, we had the students design a bridge, this time using straws and tape. The bridge was to span 12”, and we would load the bridge with quarters until the bridges collapsed. It was impressive to see how some of the students used the information from the presentation and what they had learned earlier from their platforms and how they applied them to the bridges!

Special thanks to our engineers from Norr and Langan! 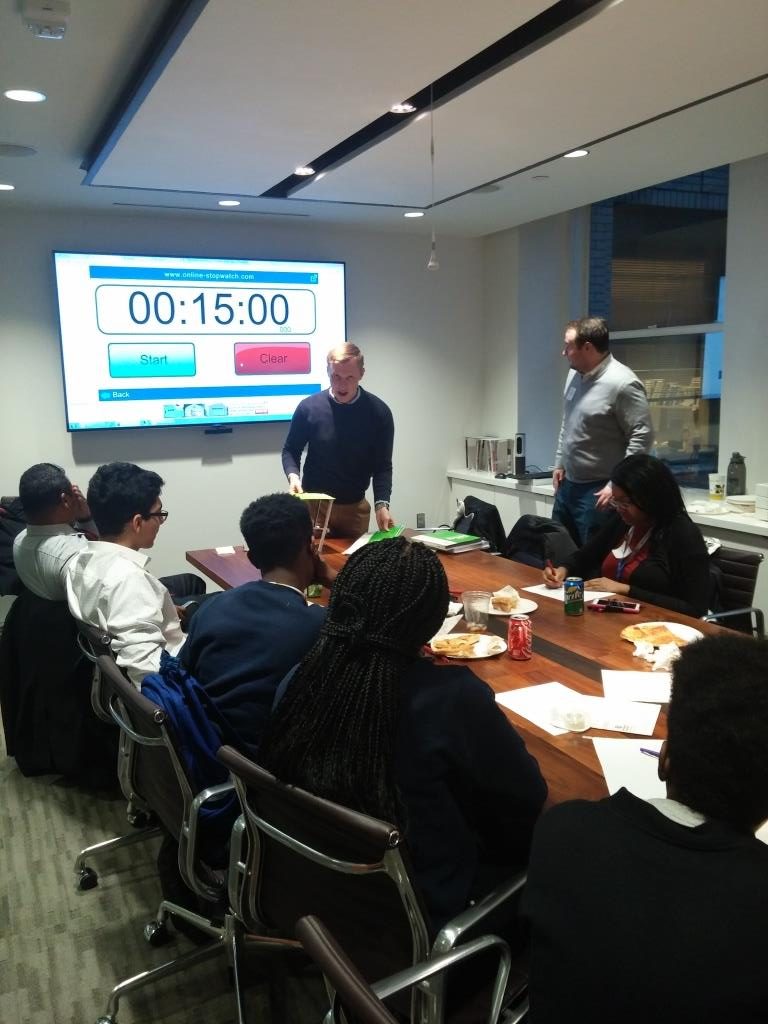 A big congrats to Henry Conde for receiving a scho