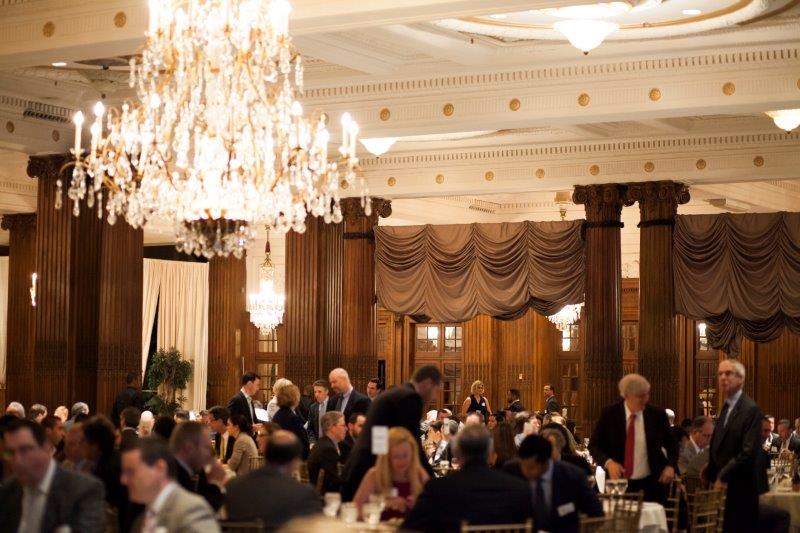 Philadelphia, PA — Three industry awards were presented and 13 scholarships totaling $60,000 for regional high school students were announced at the ACE Mentor Program of Eastern Pennsylvania 2015 Scholarship Breakfast, Wednesday, May 14 at the Crystal Tea Room in Philadelphia.

ACE Eastern Pennsylvania presented three industry leadership awards. President and CEO of Center City District, Paul R. Levy, was recognized as ACE Person of the Year. Philadelphia Eagles linebacker and founder of the Make The World Better Foundation, Connor Barwin, was honored as Community Leader of the Year. The Nicholas and Athena Karabots Pavilion at The Franklin Institute received the Project of the Year award.

The ACE Mentor Program of Eastern Pennsylvania, an affiliate of a national non-profit organization, engages and encourages high school students to consider careers in design and construction through mentoring, scholarships, and grants. Students are recruited from public and private schools in greater Philadelphia, with special efforts made to reach traditionally underrepresented populations of women and minorities. Students participate on interdisciplinary projects led by volunteer mentors from firms representing architects, construction managers, engineers, and owners.