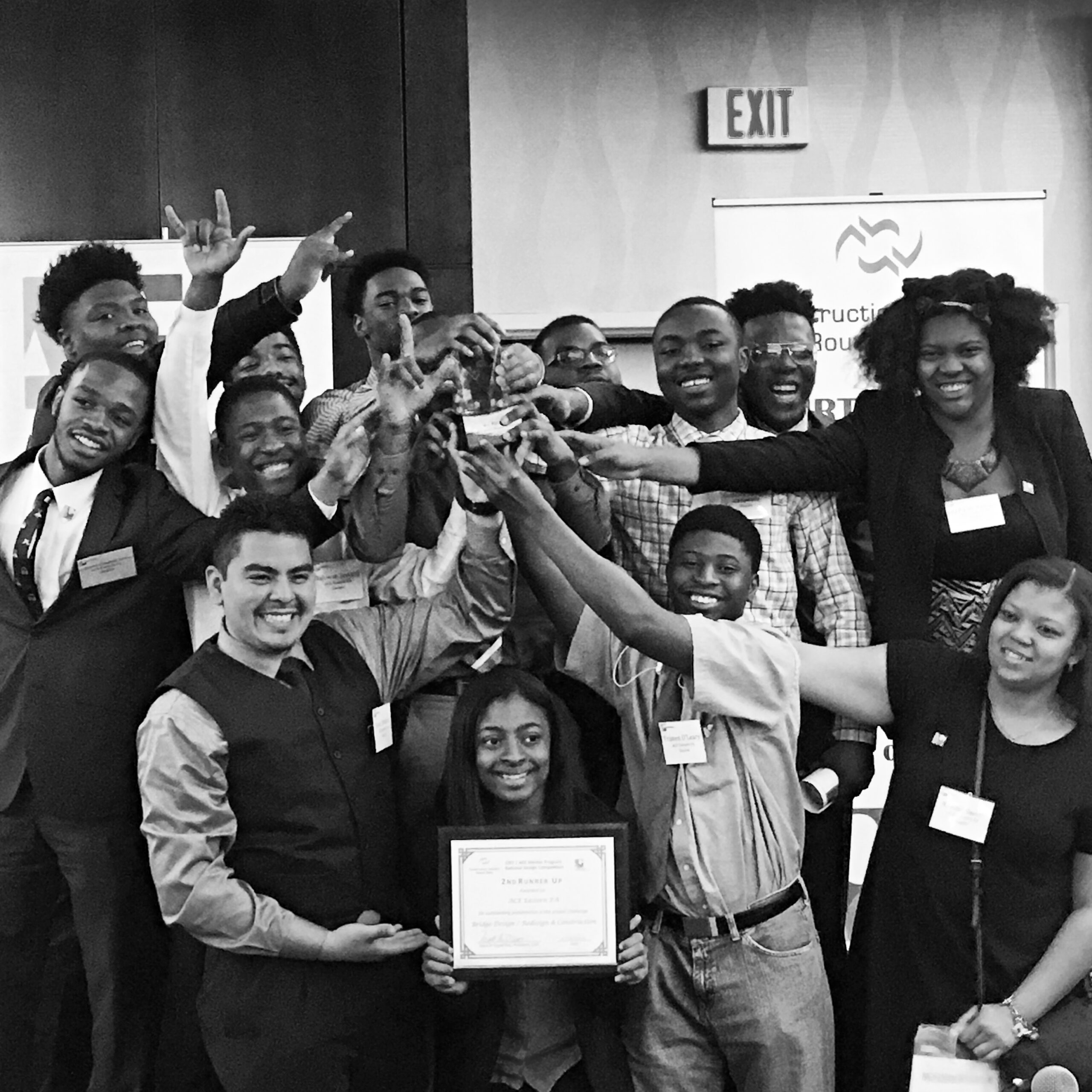 If you have not been following us on Twitter, Facebook and Instagram this past couple of days, I would like to report that ACE EASTERN PA seriously brought our game faces to the National Competition and came home with SECOND PLACE IN THE NATION – for the 2016 CIRT | ACE Design Competition!!!!

The competition was STIFF and our students were going head to head with seasoned veterans of this competition structure.  Not only did they win the hearts of everyone in attendance – they presented amazingly thorough and though provoking projects, which were received very well but the juries.

The MAKE A WISH project for the Bridge design category tugged at the heart by providing outdoor access and entertainment to children in CHOP hospital – while making an important connection to the new hospital across the river and providing transportation for doctors and health necessities.. It received THIRD PLACE in the Bridge category.

The LAST STOP project for the Historic Revitalization category focused on paying homage to the Philadelphia trolley system while injecting a new ecosystem in order to revitalize a West Philadelphia community. This project received FIRST PLACE in the Historic Revitalization category and went on to present in the Final round with (2) other finalists.

It literally came down to the wire and from what we understand, there was only ONE POINT separating first and second place. First place was ultimately awarded to the New York city Affiliate for their Shoreline project that was sensitive to the destruction caused by Hurricane Sandy.

I have already written too much, but I just needed to express how excited I am for these students and what they accomplished – on a national stage. Special Thanks to Darpan,  Joe Healy and his staff from WRT for leading the charge. The students were amazingly outgoing and were not shy to approach high level executives. Seriously, I could have taken notes on their networking skills.