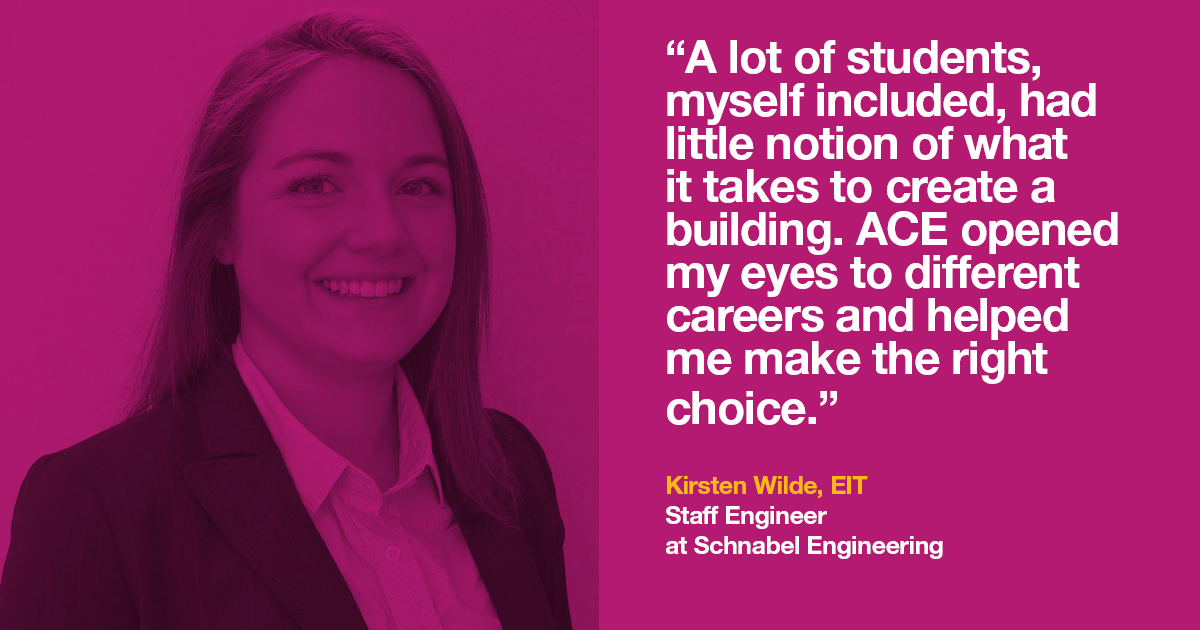 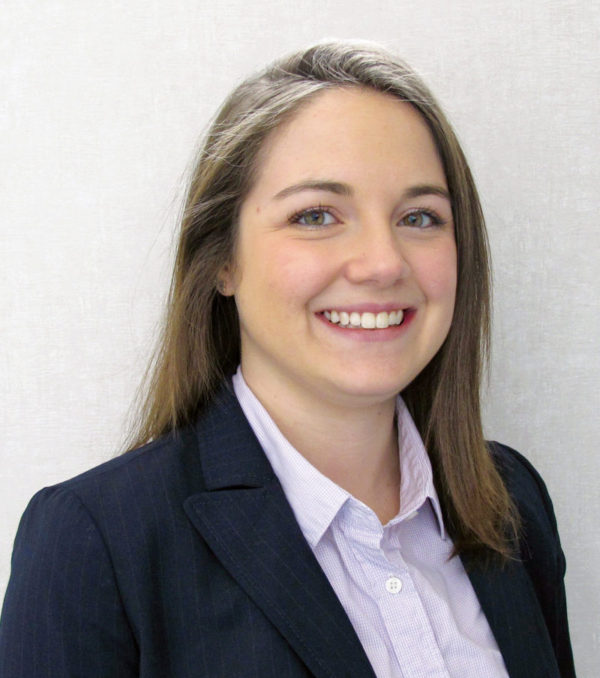 For Kirsten Wilde, EIT, the right career choice has become the highly specialized field of geostructural engineering. As an employee in the West Chester, Pa., office of Schnabel Engineering, Kirsten participates on teams designing earth retention structures and excavation support systems. The role brings the former ACE student back to the region – and the area where ACE shaped her career direction.

Kirsten participated on the suburban East Norriton, Pa., team for the ACE Mentor Program’s Eastern Pennsylvania Affiliate. A few drafting and tech ed courses in high school piqued her interest in engineering, but it was not until she joined ACE during her senior year that her interest became more focused. The opportunity to talk to mentors and learn about their experiences exposed her to lesser-known types of engineering.

“I never knew people did earthwork. Hearing about different earthwork projects and their civic impact was inspiring. It’s stuff you see all the time but usually don’t think about. My mentors made it real.”

With the assistance of a full scholarship from ACE, Kirsten earned a Bachelor of Science in Civil Engineering from Wentworth Institute of Technology in Boston, Mass. “Because the financial burdens of school were alleviated, I was able to dedicate my time to extracurricular activities,” she explained. Kirsten served as president of the Society of Women Engineers, Concrete Canoe captain, Phi Sigma Pi honors fraternity member, and Tau Alpha Pi Honor Society member. She earned the Outstanding Junior Leadership Award and President’s Award for Civil Engineering. She also participated in three co-op work experiences made possible through her high school ACE contacts.

The balance of education and internships solidified Kirsten’s interest in geotechnical engineering. In December 2016, she earned a Master of Science in Civil Engineering with a geotechnical focus from Virginia Polytechnic Institute and State University in Blacksburg, Va. She joined Schnabel full time in January 2017 and has already found time for involvement in the Delaware Valley Geo-Institute and American Society of Civil Engineers’ Younger Members Forum.

Kirsten has already rekindled her involvement in ACE Eastern Pennsylvania. She’ll speak at the 2017 Scholarship Breakfast in May and plans to become a mentor during the next academic year.