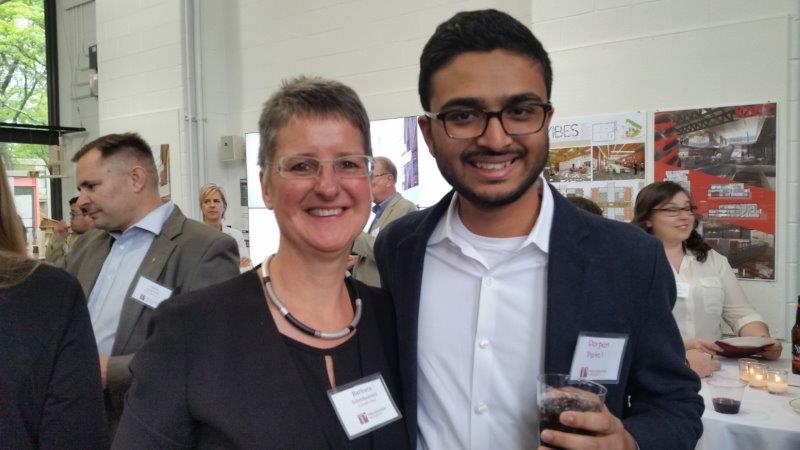 ACE alum + mentor, Darpan Patel was awarded the Alumni award for Urban and Social Innovation in May 2017 from the College of Architecture and Built Environment at Thomas Jefferson University (formerly Philadelphia University).

While a lot of us know Darpan as an ACE leader and a Design Analyst at Aramark, he was in fact a mentee as he began his career in architecture before stepping into college. His passion for design was brought to a new level as he was challenged to solve problems at the urban scale through his time with his mentors. On turning 21, Darpan was introduced to the concept of ‘Happy Hour’ and learned about his mentors on a personal level, which aspired him to become an ACE mentor as he graduated from Philadelphia University in 2014. He began his professional career as an architectural designer at WRT and continues to serve there as an ACE mentor to this very day.

Darpan is pictured with Barbara Klinkhammer – ACE Board Member and Executive Dean and Professor
College of Architecture and the Built Environment.